The night of the 2016 election, my two closest friends texted me. “Sorry,” each of them said in turn.

My first reaction was, “What for?”

All things considered, I was—and am—in a better position than them. I’m a college-educated professional with a comfortable living in the suburbs of a blue state. More significantly, I’m a member of a minority group that is relatively favored by the current executive branch. Indian Americans are scattered in prominent places throughout the administration. We’re a group that is actively courted for our vote.

None of this is to say there isn’t racism against Indian Americans. We’re still brown, still expected to prove our Americanness, because pizza is more “American” than a samosa. And don’t start me on that ‘model minority’ bullshit. Positive or negative, reductionism only happens when people think your group is small enough to be encapsulated by a list of traits.

Which brings me to my main point.

‘POC’ is used liberally, but at heart, it refers to anyone who doesn’t benefit from, specifically, white privilege. Whiteness, of course, has updated over the decades, along with the obvious markers of being fundamentally not-white: aside from skin tone, people who speak foreign languages or non-Westernly accented English in public, who dress differently or bring the ‘weird’ lunch to school.

But even this conceptualization of non-whiteness is centered on the assumption that whiteness can only happen in the West.

Let me be clear: in India, where my grandparents and aunts and uncles and cousins still live, we are ‘white.’ We are light-skinned, Hindi speaking and Hindu-adjacent northerners. The expectations I was raised on are the expectations of privilege, tempered by my parents’ broke-student years. Our well-to-do friends and family differ in this regard.

And I was born here. My speech is less accented than that of a fourth-generation person with an impediment, unless you consider, like, the occasional valley girl-ism an accent. Cops are nice to me, a medium-height female who has passed for Italian in Italy and Greek in Greece, and Hispanic (Latina? I genuinely don’t know) to Hispanic (Latina??) women.

I do not understand what it is like to grow up as a historically marginalized minority in a Western country. At best I’m an ally, which extends to calling out my own community’s racism and inertia; at worst I’m an ignoramus—see above comment about Hispanic vs Latina—riding the assumption that being a minority means I don’t have to learn about other minority experiences.

Writing ‘POC’ is not enough. It doesn’t merit applause, or points for diversity. What does merit applause and accolades is acknowledging and depicting unreduced minorities—especially marginalized voices—in writing. We are not a monolith. Our stories are as complicated and intersectional as anyone else’s.

There are appropriate and inappropriate ways to approach this. I have as much business as a white person in writing a Black woman’s experience. I can only speak for my own preferences when someone writes a group I’m part of. Other people who share these groups will agree or disagree. This doesn’t mean you shouldn’t try. It means being conscious, at every step of the process, that what you are depicting is one facet of an experience, and if it sounds reductionist about a majority (e.g. white) group, it’s also reductionist about minorities.

So, with the above caution, here are a few thoughts I have re: minorities in writing:

I can’t imagine George RR Martin invented the concept of writing minorities as people, but his quote is a useful starting point. And to reiterate, it’s a starting, not ending, point: there are challenges associated with being a minority—both external and group pressures—that majorities don’t face, depending on the worldbuilding.

I would like to close by proclaiming support for worlds where these challenges have been, or are in the process of being, dealt with. To quote NK Jemisin’s ‘The Ones Who Stay and Fight,’ “Does that seem wrong to you? It should not.”

Priya Chand majored in neuroscience and minored in art. She uses the latter at her day job in analytics and the former to write science fiction. Her work has appeared in publications including Clarkesworld, Cicada, and Analog SF. She grew up in southern California and currently resides in the vicinity of Chicago. 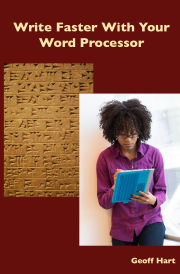