Rachel Caine (b.1962) died on November 1 after being diagnosed with soft tissue sarcoma in 2018. Caine, the primary nom de plume for Roxanne Longstreet Conrad, began publishing novels and short stories in 1990.

At one time a professional musician and a corporate communications manager, she began writing full time in 2010. Caine’s work includes the Weather Warden, Outcast, and Revivalist series published by Roc Books, the young adult Morganville Vampires series published by NAL, the Great Library series and Stillhouse Lake series, both published by multiple houses.

Her Morganville Vampires series was turned into a web series in 2014.

Her works have won the RT Reviewers Choice Award—Best Continuity and been nominated for the Beehive Award—Young Adult and Thriller Award—Paperback Original.

In addition to the Caine pseudonym, she has published as Roxanne Longstreet, Roxanne Conrad, Ian Hammel, and Julie Fortune. She is survived by her husband, artist R. Cat Conrad.

SFWA President, Mary Robinette Kowal had this to add, “The SFF community has lost a light. During her long battle, Rachel Caine remained a source of encouragement for other writers.” 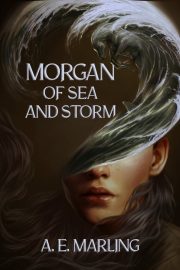 Good King Arthur, the Savior of Britain, is a monster. Only his sister Morgan knows the truth. Only Guinevere believes her, and together they vow to overthrow the tyrant and grind his kingdom into myth.