The Science Fiction and Fantasy Writers of America, Inc. (SFWA) is pleased to announce that Nalo Hopkinson has been named the 37th Damon Knight Grand Master for her contributions to the literature o 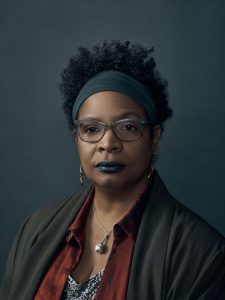 Hopkinson’s first novel, Brown Girl in the Ring, was published as the winner of the Warner Aspect First Novel Contest in 1998 and won the John W. Campbell Award for Best New Writer and the Locus Award for Best First Novel. She has published five additional novels, including the Andre Norton Award–winning Sister Mine, and three collections of her short fiction.

Hopkinson has also proven herself an adept editor, guest-editing an issue of Lightspeed Magazine and editing five anthologies, including Whispers from the Cotton Tree Root: Caribbean Fabulist Fiction and So Long Been Dreaming: Postcolonial Science Fiction & Fantasy. Hopkinson has also won the British Fantasy Award, the Aurora Award, the Gaylactic Spectrum Award, and the Sunburst Award. She has taught at Clarion East, Clarion West, and Clarion South and is a professor of creative writing at the University of California, Riverside.

“I have loved Nalo Hopkinson’s work since 1999 when I discovered her through the short story “Precious” in a Datlow/Windling anthology Silver Birch, Blood Moon. Each new piece continues to delight me and stretch me as a reader and makes me bolder as a writer.

“Naming Nalo as Grand Master recognizes not only her phenomenal writing but also her work as an educator who has shaped so many of the rising stars of modern SFF.”

The 56th Nebula Awards®  will be presented during the annual SFWA Nebula Conference, which will run June 4-6, 2021. The conference features seminars and panel discussions on the craft and business of writing, SFWA’s annual business meeting, and receptions. Due to COVID-19 concerns, this will be the second virtual Nebula Conference. Registration is available for purchase for $125 at events.sfwa.org.