(This article originally appeared in The SFWA Bulletin #215.)

Not long ago, I was asked where traditional publishing spaces are failing self-published writers, and I think I may have an answer: everywhere.

This is because traditional publishing spaces aren’t structured in form or objectives to value the needs of self-published writers and their works. The ecosystem in which these spaces operate isn’t set up for self-published books and so the books have an extremely difficult time gaining the attention and acceptance of enough traditional publishing spaces to maintain a virtuous cycle of visibility, which is a primary benefit that these spaces offer.

To sell books, whether traditionally published or self-published, visibility and access to points of sale are critical, and with more than a thousand new books published every single day, the old adage, ‘if you build it, they will come,’ is not true for the writer. In today’s publishing world, a book’s default state is invisibility and changing that requires intentional effort. For a new book to thrive, especially if it’s by a newer author, its potential readers must be made acutely aware that it exists, and there are two parallel ecosystems that do this. One is the traditional publishing ecosystem, and it includes all the traditional publishing spaces. The other ecosystem for book visibility and points of sale is made possible by the internet, and the internet was the spark for the self-publishing explosion.

THE TWO ECOSYSTEMS OF VISIBILITY

Because our assessments of storytelling quality are the result of personality and lived experience based on countless variables (e.g., culture, class, educational background, political leanings or affiliation, beliefs, etc.), a great book to one can be an awful book to another, and book sales, particularly right after launch, are typically driven by something other than “objective” quality. Book sales, instead, are mostly driven by visibility, and visibility is created by the marketing and public relations efforts of publishers (both traditional and self) and their partners.

When generating sales for a new book or maintaining/increasing sales of an existing book, self-published writers on Amazon tend to make use of three primary visibility tools:

At scale and when targeted toward readers likely to have some interest in the book being promoted, most of these efforts deliver a statistically predictable proportion of sales (ex: a well-targeted Amazon sponsored ad for a $2.99 e-book with a professionally designed and genre-appropriate cover will typically generate an average of one sale for every ten clicks), and from there, it’s the self-publisher’s responsibility to ensure that the cost of a book’s visibility is less than what the visibility will return in the writer’s share of sales. Self-published writers who focus on publishing and selling books by making use of visibility in this way are doing much the same thing that traditional publishing does. They’re just operating at a different scale in a parallel ecosystem.

This echo and amplify effect is virtually impossible for a self-published writer to replicate, and, though I dislike suggesting this, it often means that traditional publishing spaces, when they use their platform in service of self-published books, do not see anything like the same return on investment (in this case meaning audience growth, audience engagement, library borrows, book store sales, etc.). To work well, multiple spaces in the traditional publishing ecosystem need to champion the same book at the same time, and this is unlikely for a self-published book.

So, until there are major efforts to rethink the purposes as well as the goals of their institutions, individual actors in traditional publishing spaces may nominally increase the inclusion and representation of self-published books, but attempts to do more than that will result in significant push back. The goals of the individuals come a distant second to the goals of their organizations, and, given the ecosystem in which they currently operate, traditional publishing spaces have little to gain by including self-published books.

This isn’t helped by the fact that self-published books/publishers typically exist in and optimize for a parallel ecosystem whose visibility tools are poorly compatible with the ones used in traditional publishing spaces, such as:

In the self-publishing ecosystem, a book can justify its economic existence on a completely different scale than is used in traditional publishing. Self-publishers can invest in a book (writing, editing, cover design, publishing, marketing, etc.) and make enough of a return on their investment to make a living with a fraction of the sales that a traditional publisher would need to do the same.

In contrast, a Big Five publisher, needing to sell far more units than its self-published counterpart, often seeks to temporarily blanket the consciousness of its book’s genre. These publishers leverage their massive email lists, bookselling teams, convention campaigns, paid ads, connections to traditional, print, and social media, etc. And, each time this happens, it’s in the best interest of traditional publishing spaces to be part of the blanketing.

In short, without systemic changes to the ecosystem in which traditional publishing operates, its spaces will continue to fail self-published writers since helping them would require that these spaces adopt and maintain suboptimal strategies in a competitive environment where such performance can mean organizational decline or worse. The traditional publishing ecosystem has evolved with the specific needs of traditionally published books in mind, and, though I believe that readers would benefit from the inclusion of self-published books in these spaces, these spaces are unlikely to offer more than lip service to broader inclusion until the overall ecosystem and its organizations are revolutionized.

I’ve tried to be clinical in my analysis and description of what it is I think I see in publishing with regards to this topic, but, truth be told, this is personal. I began as a self-published writer, and I’ve made friends with many brilliant writers who self-publish. In my experience, one of the things that frustrates a lot of us is the public perception of self-publishing as a slush pile or farm team for traditional publishing (it’s not), and that “professional” self-publishers (the indie equivalent to traditional writers under contract) are, comparatively speaking, poorly compensated for their efforts (they aren’t).

Though the following is anecdotal, my self-published friends match the earnings of my traditionally published friends, and their readers love their stories, worlds, and characters with just as much passion as the readers of traditionally published books. The big differences that I can see between traditional publishing and self-publishing, when averaged out and doing fair comparisons, do not include “quality” or financial remuneration.

Yet, when given the opportunity, I jumped at the chance to be traditionally published, and to a degree, that bothered me. Was I buying into the lie that being traditionally published proved in some way that I was a better writer? Did I need the approval of a multi-million dollar corporation before I could feel like my work had value?

I was troubled by these thoughts until I had a conversation with another traditionally published writer of color. We are both relatively new to the industry, and we talked about why being “trad-pubbed” mattered, if it mattered at all. With their help, I came to understand why it mattered to me, and my reasons have a lot to do with how I see traditional publishing spaces and the ways in which they fail self-published writers.

In fact, I wrote and published my first book in large part because I wanted my son to have one more place to find heroes who looked like him in the genre that I grew up loving. I wanted him to have one more story where the culture, concerns, focus, and overall lens was one that might mirror him just a little bit better. Sure, the shared experience of being human means that there is unavoidable universality in every story, but that does not diminish the immeasurable value in specificity—in seeing yourself in the stories you’re told.

This is why the choice between publishing paths has come to feel so one-sided for me. Self-publishing is a perfectly valid way to tell stories, but, as a self-publisher, it’s harder to be seen and heard. It’s harder to get into brick-and-mortar stores, more difficult to get on the most-watched industry panels, it’s uncommon to get nominated for major awards, rare to receive articles in national newspapers, practically unheard of to have libraries across the nation stock your books, and even more impossible than normal to get movies or TV shows made from your work. Self-published writers, bereft of the benefits conferred by traditional publishing spaces, are far less visible than their traditionally published counterparts.

I think that US astronaut Sally Ride said it best in her 2012 interview with Harvard Business Review: “You can’t be what you can’t see.”

And, I want so desperately for Black people, for people of color, for anyone marginalized or not typically seen in the stories society tells about itself to have as many books and authors to point to as possible. I want it because stories hold power. They help us hone our dreams, aim our aspirations, and, importantly, the proliferation of stories told by those not typically heard from will serve to remind us that the tales we’re used to being told are nothing more than a single facet in a many-faceted jewel that will always shine brightest when it reflects the lived experiences and perspectives of everyone.

Like the printing press before it, the internet is transforming publishing. Today, self-published writers can be read, make a living, and put out stories that might have an ardent audience even if those same stories wouldn’t attract an advocate in traditional publishing. Given this and more, I believe that self-publishers are vital to the overall health of publishing as an industry, but traditional publishing spaces, with their broad and interconnected reach, still offer the best chance to speak to and be seen by the most people, including those who rarely get to see themselves centered in the types of stories that I’ve always loved.

I believe stories do all that. But, to do it, they have to be visible first. 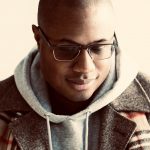 Born in England to South American parents, Evan Winter was raised in Africa near the historical territory of his ancestors. Evan has always loved fantasy novels, but when his son was born, he realized that there weren’t many epic fantasy novels featuring characters who looked like him. So, before he ran out of time, he started writing them.