(This article originally appeared in The SFWA Bulletin #215.)

On the dining-room table which has become my desk during the endless time-is-a-flat-circle of this pandemic, is a book called Cities that Think Like Planets, by Marina Alberti. It has a subtitle – complexity, resilience, and innovation in hybrid ecosystems – and the existence of that subtitle, as well as its nature, make it clear what sort of book it is: an audacious theoretical-academic approach to urban planning and city-building in a warming, climate-change-threatened world. Alberti’s work in this book is itself fascinating: she imagines a conceptual origin point for cities which identifies them foremost as “coupled human-natural systems.” A city that is simultaneously ‘natural’ and ‘human’; an ecology of cities that considers them as not only dwelling-places, or concentrations of economies of scale, or even ideal locations for defense or control of trade – but also as interlaced, autonomous, fractally-complex systems. It is a book about city-systems as ecological actors, for good or ill. At times, when I am reading it, it seems to suggest to me the idea of cities as living organisms, as pervasive and interconnected and independent of any human being as the ancient networks of aspen clone forests or honey-mushroom mycelia.

Cities that think, after all, is a deeply science-fictional concept, and cities that think like planets even more so. And I am – in addition to being an urban planner, and a climate policy analyst, and a historian – first and foremost a storyteller, and my medium is usually science fiction. A city that thinks like a planet: it conjures some familiar wonders. Coruscant, for instance, the planet-that-is-one-city in Star Wars – or the Sprawl of William Gibson’s Neuromancer, one long megatropolis up and down the East Coast of the United States – all the way back to Fritz Lang’s film Metropolis, perhaps the first visual science-fiction city: a vertical, skyscraper-based fusion of art deco, modernist, and gothic architectural styles.

None of these cities, planet-sized or otherwise, thinking or simply too large to not exert the influence of a thinking intelligence, are particularly good or nice places to live. The city in science fiction is usually dystopic; striated socially and economically, and coded so by its very verticality. Skyscrapers might reach for the stars, but the city streets below them are full of the disadvantaged, the lost, the ground-down. The Los Angeles of Blade Runner is perhaps the perfect example of the type: a damp, neon-glistening, post-industrial ruinscape that nevertheless extends upward overwhelmingly.

This is not unlike how many cities we experience every day function. I, for example, am a New Yorker. Manhattan might as well be Metropolis, on its worst days. (It is not yet L.A. circa Blade Runner. Some mercies still remain to us.)

Nevertheless: the aesthetic of the city is a science-fictional aesthetic, for good or ill. The architecture of the city is a way that creators who write science fiction encode futurism – signaling technological development and its accompanying social changes. It is in the cities of science fiction that we see surveillance technology and targeted advertising prefigured: Minority Report, in both its Spielberg-directed film and Dick-written original novella, shows us a city where facial recognition tracks each citizen everywhere they go, showing them ads focused precisely on their demographics. Our cities track us: the surveillance state extends to street cameras, drones, sidewalks. There are estimates of 200 million street surveillance cameras in Chinese cities, right now. Facial recognition systems are used by law enforcement throughout the United States, despite the efforts of privacy advocates and social and racial justice activists. What we imagined in mid-twentieth century literature and reified in film at the opening of the twenty-first is with us now: cities that watch. Or at least give city-dwellers and city-rulers eyes to watch through.

So: the science fiction city of past imagination is no longer a future to be desired or warned against; it is a present. And if it is a present that we live in, the question remains, for urbanists and science fiction writers alike: what is the science-fictional city of the future now? What other possibilities exist aside from the mass of skyscrapers and neon, the stratified and dystopic ‘smart city’ that sees every city-dweller, and in seeing, exposes them to the powers of a hypercapitalist consumer economy and a kyriarchic law enforcement system? These are not only questions for writers, though they are and should be questions writers think about; they are questions for anyone who lives in a city, and anyone who works to build or plan or administer one.

(We’re all telling stories about how we want to live in the future, after all. Writers and city-dwellers and government workers and urbanists all together.)

This is where I come back to the city that thinks like a planet, and Alberti’s conception of complexity, futurity, interdependence. She writes: “What futures are we unable to imagine? I argue that what might be beyond our imagination are cities in which humans are key players in nature’s game; cities that bio-cooperate, not simply bio-mimic natural processes; cities that operate on planetary scales of time and space; cities that rely on wise citizens and not just smart technologies.” (Cities That Think Like Planets, xiii) It is her first question that haunts me. What futures are we unable to imagine? And why is she so sure that what we cannot imagine is the bio-cooperative city, the city that thinks at planetary scale?

Perhaps because the city of science fiction is the ‘smart city’, the city that relies on technologies. There is a limitation to the popular imagination, at the very least, of what a city will be in the future, because we do not often write – not in the Anglophone West school of science fiction, at least – of cities whose architecture and mode of life aren’t on the road to Blade Runner – that is, if they haven’t gotten there already.

What we have on our hands, then, is a challenge.

To survive climate change, pandemics, and accelerating urbanism – which continues despite pandemics and climate change! – we as humans will need to figure out how to live in cities that acknowledge their nature as small planets, complex interdependent systems. And not only live in them: create them, encourage them, imagine them into being. I am asked, sometimes, when I explain that I write science fiction, what my predictions for the immediate future are. Science fiction is sometimes termed a predictive literature. But it is rarely exactly – or even mostly – right about what is coming. What science fiction is good at, though, is expanding the space of possible futures; analyzing and playing with them, thinking through their pleasures and perils. It is science fiction’s dystopian cities which have given us a great deal of vocabulary to understand the dangers of the surveillance state, and to push back against it.

(Last month, Alphabet – the parent company of Google – withdrew its Sidewalk Labs multi-year plan for a smart citylet in Toronto’s Quayside neighborhood. Quayside was meant to be transformed into a city-within-a-city, made of self-driving cars, modular buildings, heat-sensitive streets, autonomous monitoring of the city’s desires – or the citizen’s desires. Google is, after all, a company that devours data about people, continuously and forever. Sidewalk Labs will not be building a city in Quayside. Quayside didn’t want it.)

Science fiction shows us possibles. As writers, when we design a science-fictional city, perhaps we might start with a new initiating question: what in the complex system of this city is not working, or works differently than any city that breathes in the now?

Show us garden cities – and make them not paradises. Singapore isn’t.

Show us planet-sized cities – and think of their transportation systems, of where they might get their food, their raw materials for all of that building.

Show us a city that is never any taller than fifty feet above the earth, but is still a city, and still a future.

Show us a city where no one feels safe enough to share air with anyone else – and the city has grown around that fear, accommodated it in its very structure, the shape of its avenues, the everyday tech its citizens use.

Show us a city based around geothermal power generation. A city in drought. A city that opens and shuts like a flower, letting the ocean in as it rises.

Show us a city that would be built by carnivorous quadrupeds.

A city where the electric car revolution happened in 1917.

A city where the needle-skyscrapers of the billionaire class were made into space elevators. Or grain silos. Or churches.

A city run by an emergency management department.

A city that is entirely bridges, gossamer links between islands.

A perfectly just city. Or how there can never be such a thing.

A city that thinks. Like a planet or otherwise.

Carve open the space of the future of the urban form. We’re going to need to have some new ideas. 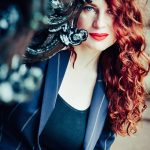 Arkady Martine is a speculative fiction writer and, as Dr. AnnaLinden Weller, a historian of the Byzantine Empire and a city planner. Under both names she writes about border politics, narrative and rhetoric, risk communication, and the edges of the world. She is currently a policy advisor for the New Mexico Energy, Minerals, and Natural Resources Department, where she works on climate change mitigation, energy grid modernization, and resiliency planning. Her debut novel, A Memory Called Empire, won the 2020 Hugo Award for Best Novel. Arkady grew up in New York City, and after some time in Turkey, Canada, Sweden, and Baltimore, lives in New Mexico with her wife, the author Vivian Shaw. Find Arkady online at www.arkadymartine.net or on Twitter as @ArkadyMartine.