SFWA Editor-in-Chief Michi Trota said, “I’ve admired Sascha’s and Yilin’s work in SF/F and am excited they’ll be bringing their unique visions and perspectives to shape their issues of The Bulletin.” 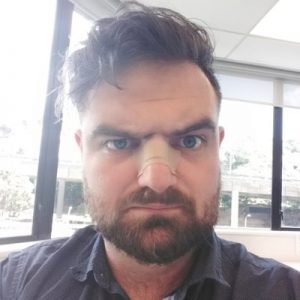 Sascha Stronach is an author, editor, and poet based in Pōneke, New Zealand. They are of Greek and Kāi Tahu Māori descent and also probably a little goblin. After training in bareknuckle underground web fiction deathmatches for close to a decade, they released their debut novel The Dawnhounds, which is about LGBT+ warlock pirates fighting the cops and won the 2020 Sir Julius Vogel Award for Best Novel. In their spare time, they can be found in the woods creating bizarre aggregates of sticks and dirt that hum with strange possibility.

Stronach said, “I’m excited to be a guest editor for The Bulletin. One thing that’s always struck me about SFFH is how we care for each other, how willing we are to provide guidance and support. The publication [industry] (such a slow beast!) can often feel like an antique, but their slower pace is their strength: they allow for depth and reflection, they have a permanence and weight that’s vital to the sort of discussions writers, new and old, need to keep our blades sharp. I’ve benefited from them for years, and I’m honoured to help shepherd them into the world. Let’s make this a celebration of diversity, insight, and craft.” 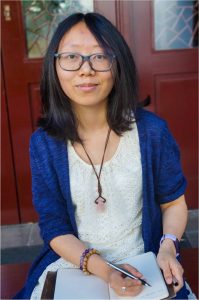 Yilin Wang is a writer, editor, and Chinese–English translator. Her writing has appeared in Clarkesworld, The Malahat Review, Grain, CV2, carte blanche, The Toronto Star, The Tyee, and elsewhere. She has been longlisted for the CBC Poetry Prize, a finalist for the Far Horizons Award for Short Fiction, and longlisted for the Peter Hinchcliffe Short Fiction Award. Her translations have appeared or are forthcoming in Asymptote, Pathlight, Samovar, and LA Review of Books’ China Channel, while her research on martial arts fiction has been featured on various gaming podcasts. She is a member of the Clarion West Writers Workshop 2020/2021 and a former assistant editor for Room Magazine.

“I am very excited for this chance to work with Michi Trota and the team at SFWA as a guest editor for The Bulletin,” Wang added. “In this position, I hope to solicit writing from underrepresented voices on a range of topics such as international science fiction and fantasy translation, and game writing. I really look forward to working on this issue and to sharing it with readers.”

SFWA President, Mary Robinette Kowal said, “Sascha Stronach and Yilin Wang are brilliant and insightful people. I’m so pleased they’ll be leading these issues of The Bulletin in 2021.”