Humanity tends to bury whatever history those in charge deem “inappropriate” or “pointless” for posterity. However, this erasure was only effective on the written word. Oral tradition allowed many civilizations and societies to pass down these stories from generation to generation. As modernity brought more education, historians and scholars uncovered some of what history tried to erase. The Black American Experience is one of the many “modern” eras whose history has come to light.

As history continues to be made, buried, and exhumed, Black Americans have expressed their history through fiction, especially genre fiction, and the genre is rich with luminaries like W.E.B. DuBois and Octavia Butler, and they delved into what wasn’t discussed openly or taught in schools: slavery, Jim Crow, segregation, and more. But they only show what the Black community has known for a long time. Speculative fiction is a genre which allows authors to present and to transform the horrors of hatred, prejudice and bigotry into fantastical elements either to reveal and educate or to explore the truth with the depth of metaphor.

The following novellas were published recently and are based on the Black American Experience of the past and the present:

The Deep is about the Atlantic Slave Trade, which enhances the history to include mermaids who are the descendants of the captured Africans who were thrown overboard during the voyages. In this novella, the protagonist is a griot,  keeper of the memories of all of her people’s ancestors, including the captive Africans who were tortured, raped and thrown overboard. She experiences the tribe’s memories and traumas as flashbacks over and over to the point where she suffers from Post-Traumatic Stress Disorder (PTSD) and flees her tribe and the memories. Eventually, she realizes the importance her role has in understanding her culture and her people’s history. This novella presents the imbalance of knowledge and ignorance. When traumatic stories are kept within a close circle to spare the majority from pain and fear, ignorance becomes the price of hope, and the knowledge becomes a heavier burden on the few who know the truth.

Riot Baby follows a sister and a brother living in American society between the 1990s and the 2010s whose extraordinary abilities subject them to the feelings and the emotions of everyone around them—mostly fear and anger. After being subjected to systematic racism and realizing they cannot avoid being victims of it anywhere in the U.S., the siblings decide to tap into their powers to secure both their freedom and their future. The narrative flows in such a way that the names of various locations serve as double meanings: they allude to sites and victims of racial violence that may go over the heads of non-Black readers, but Black readers will likely recall the repetitive systemic violence, which builds to the point where the collective anger is about to erupt. The locations are just as essential as the victims because they are teachable moments of the depictions of violence that continue to occur throughout the U.S.

Ring Shout occurs during the Roaring Twenties, which are often portrayed as a time of merriment for Americans between the end of World War I and the Stock Market Crash of 1929. Black Americans, however, were also dealing with the reemergence of the Ku Klux Klan and lynchings. This novella is about the underbelly of the Jazz Age, about Jim Crow and recalling the infamous film, The Birth of a Nation. In the novella, the Klan is a group of sorcerers who conjure spells that turn themselves into monsters, while convincing other White people into thinking that Black people are the monsters. It brings to light how eager White people were to villainize Black people in the era of Jim Crow, and how propaganda and media have always been used to create false notions of society—and to influence the history we remember.

These novellas are only the latest examples of speculative fiction addressing the hidden history of societal racism in American literature. Authors of speculative fiction are able to delve deeper into history and to uncover the moments that are pivotal and relevant alongside those which are tragic, embarrassing, and brutal while using fantastical elements to clarify and even balance the harsh truth at the core of their stories. Presenting history as stories with bits of magic and paranormal in them has been and continues to be a method of presenting unacknowledged history through folklore traditions without worrying about repercussions from those who do not want it to be revealed. Hopefully, the readers’ next step will be to seek out the historians who have studied these historical moments, to seek out or demand these courses in schools and in universities, and to support the educational documentaries and books that offer the truths we aren’t taught. 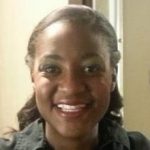 L.A Young has degrees in literature, education, communications and library science. She spends her time reading, writing and learning (and running, gaming and gardening, too). L.A. is a contributor to Fantasy-Faction and has done guest episodes on the podcast, “Sisters of Sci-Fi,” while working on her personal blog. She is currently working on several W.I.P.s, which she hopes to publish in the near future. You can follow L.A. on social media at AquaVenatus.