Human martial arts styles are biased: they’re specifically designed to fight other humans. Of course, watching Neo trade Kung Fu blows with Agent Smith is awesome, but perhaps our focus on human fighting systems in sci-fi affects our imagining of alien/robot bodies. Put simply, it makes composing fight scenes easier. By designing human-shaped Chitauri, we can then storyboard the stupendous Battle of New York with relative ease: a human Avenger like Black Widow can use the same techniques against a Chitauri that she’d use against the average street thug.

The prevalence of human-to-humanlike alien combat in sci-fi has even been lampooned in Star Trek: Lower Decks, where First Officer Jack Ransom needs only his barrel roll and double-handed swinging-fist to throw down–good-natured pokes at the limited repertoire Captain Kirk demonstrates when fighting an anthropomorphic Gorn (TOS, “Arena”) Yet people in the speculative fiction galaxy aren’t cookie-cutter humanoid, and their fighting styles shouldn’t be either.

First, consider an attacker’s primary targets. What must be protected? What should be attacked? Do your alien characters have the equivalent of Kung Fu paralysis points? Is your robot’s CPU located in its abdomen, making that a primary area to attack?

Imagine a Klingon dueling a Starship Troopers arachnid. The bug bashes the Klingon’s nose! But the Klingon doesn’t cry—they don’t have tear ducts. The Klingon severs an insectoid leg with his bat’leth! Yet as stated in the film’s “Know Your Foe” PSA, a bug’s still “86% combat effective” with a missing leg. Instead, we should “aim for the nerve stem” to “put it down for good.”

Video game boss fights are actually master classes in attacking primary targets. Consider Samus Aran vs. Ridley. The player-as-Samus utilizes a fight sequence to expose Ridley’s critical areas. This sequence of movements is a technique—like those human martial artists drill in ordered rows. Techniques are algorithms for exposing an opponent’s primary targets. A jab-cross might dislodge the opponent’s guards, so a swinging roundhouse can strike the cartilaginous temple.

What techniques do your alien or robot protagonists use to exploit an enemy’s vulnerabilities–especially enemies of differing physical morphologies?

Consider bodily modalities. The Decepticon Starscream charges the enemy in jet-form, then transforms into a robot, letting forward momentum add to his attack. Conversely, he leaps away in jet-mode, blasting opponents with his backdraft.

Also consider what’s expendable. An alien with one heart and three lungs might, on being forced onto a spike, try to fall so a lung is punctured yet the heart is spared. An octopus-alien with regenerating limbs might charge a lightsaber with abandon, regrowing whatever’s lopped off. If your robot warrior is T-1000-like—i.e., modular—it might form separate fighting components.

Even animalistic beings like Godzilla or Mothra fight according to physicality. Earth bulls lock horns; pythons entwine and squeeze.

The Mandalorian’s beskar armor makes him a formidable opponent to a Jedi. Conversely, in Space Force, any spacesuit puncture spells death in unpressurized battle. Scissors and tape are just as crucial as guns and bullets.

Equipment defines combat. In the former, beskar-wearer and Jedi fight ferociously since their gear is so evenly matched. In the latter, a hilarious battle of balloon-popping scissors-tag ensues (“Space Flag”).

However, Samus’s chozo armor gives her marvelously strategic abilities. In ball-form, she drops bombs to destabilize a gigantic opponent’s footing, then launches missiles.

Thus, their fighting style mainly involves scent markings and intimidating stances; their martial philosophy, one of avoidance and posturing.

Imagine an alien with a bee-like stinger—if it’s used, the alien dies. How does this alien then approach warfare?

How do the Jedi’s and Sith’s beliefs influence their fighting? What primary targets do they attack? Arms and legs that spare someone’s life? Or attacks that cause lingering, long-suffering death?

Returning to video games, Asian-inspired heroes travel in teams. They’re so communal, they have combo-attacks. Might your alien warriors also fight in pairs or trios?

Time to write! Perhaps a version of Seven Samurai, where your mercenary protagonists must teach their moon-villagers how to fight wave after wave of different-bodied bandits? A one-size-fits-all approach won’t work if the first wave are fliers, but the next is arthropodal! Perhaps the galactic velociraptors in your tale wouldn’t hand-carry M-16s, but firearms reflective of their species’ sickle-toed physicality—feet-blasters! Maybe they fight in threes, one distractor, two flankers!

There are, of course, more than just these four basic martial arts areas–too many to cover here. But who knows? If you apply these four areas diligently, perhaps you’ll meet the asteroid-sifu who’ll train you in advanced spec-fic-fu*.

*Thanks to Christopher Trejo for pointing out to me that Jack Ransom only ever uses two moves when fighting. 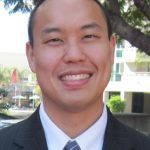 Andrew K Hoe is assistant editor at Cast of Wonders under the Escape Artists family of podcasts. He has practiced Kung Fu for 20 years, and his stories appear in Diabolical Plots, Cast of Wonders, Highlights for Children, and other venues. He did not learn Kung Fu on an asteroid, but from Sifu John Houseman, a Choy Li Fut master in Southern California.