Nearly every summer, I bring on an intern for the agency, and each week we cover a different publishing topic, focusing on traditional publishing paths in the US. When we get to author payment structures—advances and royalties—I start with a theoretical explanation. An advance is intended to cover an author’s expenses while they write the book. It should be a rough estimate of what the book might earn, paid up front, to give the author mental and financial freedom.

Sounds nice, right? Drilling down into that “rough estimate” is where things get tricky. What should an author expect to receive in advance for their book? This is a question that’s nearly impossible to answer with a specific figure, though one thing is clear: not all book deals are created equal.

Looking at advances in recent years—those we can find publicly and those we hear about in whispers—it’s hard to avoid noticing the widening divide between each end of the spectrum. More books are selling for a lot of money: in 2010, just over 6 percent of science fiction and fantasy deals reported on Publishers Marketplace listed advances of more than $250,000; jump forward to 2019, and more than twelve percent of reported SFF deals listed advances of more than $250,000. Although many deals reported each year don’t indicate the amount of the advance, this suggested increase aligns with other examples.

In December 2018, Penguin Random House US CEO Madeline McIntosh said, “Advances are slightly up this decade. Not irrationally up—there’s not some bubble—but advances are up. More important as an indicator of the market, paid royalties are actually up.”

But it’s unlikely that the advances on the high end are earning out, so if the paid royalties are up, they’re going to authors whose books exceeded expectations: those who received low advances. Anecdotally, agents I’ve talked to feel like there’s less of an in-between range of advances. They are making great deals with high, mid-six-figure advances for some clients, while struggling to negotiate low $10,000-$20,000 advances for others, even those who are used to making much more.

In a deep dive on author income in 2017, Publishers Marketplace noted these findings from the Author Earnings project:

“Most traditionally published authors make all of their money from advances rather than royalty earnings. (The largest publishers will tell you over 75 percent of their advances are not earned out.) If authors were only paid what they earned in standard royalties, they would be broadly underpaid indeed. Successful authors are consciously paid a much higher effective royalty rate, by way of advances that are generally not expected to earn out. (And authors who experience unexpected success at large scale get to make up for that on their subsequent books.)”

So if an advance far exceeds actual earnings in some cases and far underestimates earnings in others, it’s worth looking at what factors go into the actual calculation.

Each advance is calculated with a profit and loss statement. I’m sure most editors would love to read a book and pay the author what they think it should be worth, but publishers are not patrons from the Renaissance era, they’re businesses in Capitalist America. Factoring into those statements are the department’s budget — how many books are they allotted to buy, and how much money can they spend on each? — and that “rough estimate” of how the book might sell, which takes into account the author’s sales history, the author’s built-in fan base of readers (or platform), and the zinger: how well comp titles sold.

The comp title factor plays a huge role in why Black, Indigenous, and people of color (BIPOC) authors were on the lower advance scale for so long. In 2010, how many books were set in non-Western fantasy worlds? Even if an editor wanted to publish books in that space (and they did, very much) when it came time to calculate the advance, they didn’t have a lot of comps to choose from to make the case to their director that a book like that could sell like hotcakes. As N.K. Jemisin noted in the #PublishingPaidMe Twitter discussion last summer, “It’s systemic. Lots of little biases at many points forming a big racist Voltron.”

Under the hashtag #PublishingPaidMe, traditionally published authors revealed the advance amounts they received for their books. The responses have been collected in a Google spreadsheet here. The intent of the hashtag was to show racial disparities in the payment amounts, and in many ways, it succeeded.

Some of the more notable reveals included Jemisin, who received $25,000 in advance for each of her books in the Broken Earth Trilogy and Roxane Gay, who started at $12,500 for her novel An Untamed State and $15,000 for Bad Feminist, before jumping into six figures for her later books.

That racial disparities exist in publishing, and consequently in advances, was nothing new. The movement for #WeNeedDiverseBooks launched in 2014, followed by the #OwnVoices movement in 2015. But #PublishingPaidMe in 2020 got authors talking about their advances—and that was something new.

As a class, authors have long been hesitant to share their advance numbers. When the advances reported in the news are regularly six or seven figures, keeping your $20,000 advance hidden under a rug allows people to assume that it’s actually much closer to those newsworthy deals they’re always hearing about.

Specific examples of low advance payments made to much-beloved authors grabbed the attention of the wider reading public. Seeing is believing.

By this time, most publishers were already working to make advances similar for authors of similar stature and sales, regardless of race, gender, or sexuality. They have been eager to buy more books written by Black authors, Latinx authors, queer authors, disabled authors, and authors from other marginalized communities, and they also have lots of good comp titles now, so it’s less of an uphill battle to get these authors a good deal now than it would have been a decade ago. But each new push, like #PublishingPaidMe, prompts them to do an internal survey of their numbers to make sure that equitable advances remain part of their strategy as a whole, not just a trend.

At a recent Zoom call between editors and agents, an editor said that she’s noticed a shift in BIPOC publishing in recent years: “I don’t have to fight nearly as hard for the books that I want to buy, and I can get better money for my authors. It feels…nice.”

Getting more money for authors is nice, and it’s especially nice to see the money distributed in a way that reflects the industry’s commitment to publishing a greater variety of voices. But I worry about the disappearing middle window of advance ranges and the continued use of comps to define a book’s bestseller potential from the very beginning of its journey. For now, however, if you’re trying to predict how much you might be offered for your debut, consider your platform and comp titles, but more than anything, prepare to be surprised. The offer will likely be much lower — or much higher — than you’re expecting. 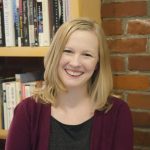 Alice Speilburg is the founding agent of Speilburg Literary and has worked in book publishing for more than a decade. She represents commercial fiction and narrative nonfiction. Prior to launching Speilburg Literary, Alice worked at a publishing house and another literary agency. Throughout her career, she has worked with bestselling and award-winning authors, literary and professional societies, and branded content. Alice is a member of several writing societies, including SFWA, and spends her weekends hiking with her husband and two sons. For more information, please visit the agency website: http://speilburgliterary.com or connect with her on Twitter @AliceSpeilburg.