Note: This article previously appeared in The Bulletin #216 in October 2021.

I should start this craft article with the caveat that I don’t exactly believe in craft articles. Very often, it seems to me as if such pieces faux systematize something that in practice is much more organic. But games are strange beasts, and it’s easy to lose your way, especially when putting together a long one. So this article will speak with the understanding that most of my experience with game writing comes from working on text-based, choice-based, interactive novels written for Choice of Games. There is definitely space for chaotic, weird games and interactive fiction to which none of what I write here will apply and where you mostly go with your gut, hoping to make something beautiful (I’ve written and edited such interactive fiction and greatly enjoy it). However, some tools, like Choicescript, impose their own specific system, and there are ways to exploit that to make compelling character arcs. I’m also going to speak primarily to situations in which the player character (PC) is not pre-established, but highly customizable. A blank slate.

I call that PC a blank slate because you, the game writer, know little-to-nothing about them. Essentially, you don’t know who the protagonist of your story is: you can only posit them while writing the game, and limit the parameters of the customization in fruitful ways that serve your narrative arc. Of course, the extent to which a blank slate is really blank depends on the kind of customization you make available to the player. For the purposes of this article, I’m assuming that you’ll let people select from a range of attributes to create their PC, such as personality stats (are you kind or are you cruel? Are you generous or are you stingy?), skills (are you good with words or swords?), and identity variables (gender, orientation, etc). Skills may be set in playable flashbacks which have the added benefit of getting the player to inflect their character’s origin in specific directions (how did your PC get to be good with words?). These parameters give you a starting point for the PC’s arc.

So you may not know exactly who your protagonist is, but the range of possibility isn’t limitless—as a game writer, I want to allow the maximum amount of freedom in character customization, but do so in a way that serves the kind of story I want to tell and takes advantage of what the specific tool I’m using offers. In Choicescript, for instance, you have the option of opposing personality stats so you know that the PC can be either pious or irreverent, shy or bold, impulsive or measured, and so on. It’s important to choose pairs of stats that make sense for your world, the game’s tone, and the story’s themes and values. And then, you also know the possible combinations: a pious and measured person will behave differently to an irreverent but measured one. Seemingly conflicting personality traits can also create tension within a character; for example, in Rent-a-Vice, my first project with Choice of Games, you play a private investigator who can be both idealistic and corrupt–pointing to either a self-acknowledged rift between that person’s belief system and their practice, or to a great capacity for self-deception. That kind of tension can be exploited to create meaningful dilemmas as the plot moves forward and the PC makes their way through the multiple possibilities for emotional involvement you’ve created for them.

But the player character is not the player. If the PC is a blank slate, the player themself is a black box: a person whose reactions you cannot know, but which you can only intuit, manipulate, and pre-empt. The blank slate and the black box form a spectrum of unknowability; however, you can infer intentions, feelings, implicit values, and motives on the part of the player by the choices they make and the gaming style they employ. The game, like any medium if it is successful, produces the kind of player it needs to beat it (where beating, in games that don’t value success over failure, ultimately means enjoying it). The internal mechanism of the black box may be hidden and unknowable, but the machine can be coaxed (willingly and enthusiastically, one hopes).

So how do you create a character arc for a character you don’t know, controlled by someone you can’t know?

Different PCs will both speak and parse dialogue differently. This isn’t just a matter of flavor; it’s central to communication with Non-Player Characters (NPCs), the impression the character makes on others, and the relationships that become available because of it.

Similarly, the protagonist’s personality can filter the way in which the world is perceived; because what is personality but a framework for interacting with our environment? This filtering can be reflected in the style of the prose (a grumpy, pious person will describe a totally white room differently to an enthusiastic blasphemer) as well as in the actual things the player perceives at all (someone shy might be too preoccupied with their toes to notice the NPC’s reaction to their words).

When NPCs are designed to be full characters, they can have varying reactions to different PC personalities. The bartender may be more amenable to speaking to someone who looks laid-back than someone prim, for example. This might seem like making the game unfairly difficult for some players, but I think it also makes the game more life-like. Besides, if you care about fairness, you can always balance things out by making sure each characteristic carries the same amount of advantages and disadvantages throughout the game.

In my experience, NPCs fundamentally shape the PC’s character arc because people exist in relationships with other people (and I don’t mean just romantic relationships). Relationship arcs should not be interchangeable. Each NPC’s goals and personality should make a difference to both the range of interactions available and their consequences. These goals can also figure in creating complex and interesting end states: the PC may meet their goal by the end of the game, but the romantic interest or best friend doesn’t, and vice versa, which can affect the relationship and the emotional end states. And do the PC’s goals align with the NPC’s, or do they interfere? What if they are mutually exclusive? There is potential for bending the arc here.

Which brings me to one of the most decisive elements of what your character arc will look like.

To make things more interesting, people usually don’t just want one thing. Sometimes, people’s desires are conflicting or even mutually exclusive, or are eventually revealed to be so. To use another one of my games as an example, in An Odyssey: Echoes of War (Choice of Games), the protagonist may find themself in a situation where they need to pick between the safety of a loved one and having a future with them, or the prospect of reclaiming their throne. They may have started the game with the burning desire to rule again, but when faced with the dilemma of achieving that goal or saving someone they care about, the choice becomes difficult and costly. It’s not just about succeeding or failing anymore, but about succeeding in one thing being dependent on failing in another. You must know the range and possible combinations of all your end states (including emotional states), and keep driving towards them. Where the PC chooses to go is up to the player. All you can do is provide a map of possibility and hope the black box ends up somewhere meaningful, no matter what they choose.

Choices obviously drive a choice-based game. The player makes choices, difficult or not, they are faced with tests, difficult or not, and succeed or fail in achieving their arbitrary and unknowable intentions. But what kinds of choices are available? The range of choice can reflect the kind of person the PC is and it is the unexpected choices they make that indicate change and create a compelling arc. When the pious person chooses to desecrate a temple to get what they want, or when the loyalist chooses to disobey their orders and stand up for what they think is right, that signals a change of heart. That makes an arc.

Correspondingly, failing to change even when the situation (defined by what you want) demands it also creates an arc. Both change and the failure to change can generate meaningful stories, and both can have either upwards or downwards trajectories. And what does change mean? It can be a change in methods (e.g., learning to pursue your desires with empathy rather than brute force) or approach (perhaps it’s ok to trust in the fates now and then); outlook (a pessimist learns to hope); values (perhaps honor is more important than love); desires (it turns out I never wanted power, after all! I mistook power for being loved); goals (achieved, not achieved, abandoned); emotional state (from hope to despair and back). All these things can bend an arc.

Divining the Black Box: An Epilogue

At the end of the day, it’s hard to know whether what you’ve made is in fact an arc and not a flat line because it’s not the PC’s trajectory through a story that you’re trying to set up, but the player’s emotional response to what you’ve created. This is harder to predict, and impossible to know with any certainty. You might try to gauge the player’s emotional state with things like playable dreams, drivable fantasies, or even meta-choices that ask them how they feel point-blank, and then modify the PC’s emotional interactions with the story arc accordingly—but whether the player’s responses can be trusted is another matter entirely.

So you draw shapes in the dark, hoping for the best. This is where we can allow a bit of chaos back into the process—to be weird, to go with your gut. I don’t think it’s possible to predict or manipulate the player’s reactions to your game perfectly, even if you control the PC’s plausible trajectories through the story down to the last detail. Organization can go a long way but players will always be unpredictable, unknowable, inaccessible. I try to drop tiny potentialities for delight throughout my games that need a very specific set of personality stats and a very specific continuum of choices in order to be seen, and all I can do is hope that someday, someone will encounter these. And, above all, that they will be the kind of person who will delight in them. 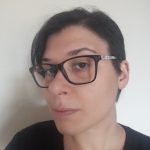 Natalia Theodoridou is a queer and immigrant writer, editor, and game designer. His stories have appeared in Clarkesworld, Strange Horizons, Uncanny, Beneath Ceaseless Skies, Nightmare, and elsewhere. Rent-a-Vice, Natalia’s first interactive novel, was a finalist for the inaugural Nebula Award for Game Writing. His latest game, An Odyssey: Echoes of War, is out by Choice of Games. Natalia is also a World Fantasy Award winner, and a Clarion West graduate (Class of 2018). For details, visit www.natalia-theodoridou.com or follow @natalia_theodor on Twitter.