An editor does more than ensure that grammar, punctuation, and sentence structure are correct. Our job is to help writers craft stories that do more than occupy space on the page. We advocate for writers and partner with them to hone their stories for the greatest impact. We decide which stories will make it out of slush and which ones won’t. More significantly, editors are gatekeepers.

With power like this, comes certain responsibilities to the writer and our intended audience.

Editors Should Actively and Thoughtfully Search for Writers Who Have a Unique and Valuable Voice, Not Wait for Them to Appear in Slush or the Inbox

During my time as co-editor at PodCastle, I regularly reached out to writers and asked for submissions. If I wanted to see more women or BIPOC writers in my slush, I would reach out to them privately and publicly to request stories for consideration.

I also paid attention to new writers, who are more likely to self-reject. Some of the best stories we published were those where we took the time to work with a new writer to polish their story until it was publication ready.

Some writers have difficulty with self-promotion. Submitting one’s work to strangers for critique is hardly easy, even for seasoned writers. I didn’t want to be a stranger, but an editor who could be trusted to give newer writers the same consideration as writers more known in the industry. I didn’t want rejections to feel like a rejection of the writer themselves.

As Much As Time And Energy Allows, Editors Should Try To Send Out Personal Rejections.

When I first started writing, I was pretty awful at it, and I received an untold number of rejections. I taped each rejection up on the wall of my writing corner. The rejections didn’t deter me so much as they were an affirmation that I was just one step closer to publication. Each rejection was proof to me that I was a proper writer.

My rejections were trophies. The best among them were the ones where the editor took the time to write a couple of lines back to explain why my story had been rejected, how I might improve the story or my craft, or that while my story wasn’t right for them at the time, they’d still like to see more from me in the future. These rejections were gifts. Sometimes they felt almost as good as an acceptance.

I’ve received emails from writers expressing gratitude after I or one of the members of our editorial team responded with a personal rejection. Personal rejections create trust, which an editor must earn, as well as community. I’ve heard stories of writers who’ve actually given up writing for publication because of negative interactions with editors who seemed not to appreciate the effort required to not only write a story, but to put it into the hands of a stranger.

As with any relationship, the one between the writer and editor must be one of mutual respect and trust. In the case of editors, we earn that trust by being transparent in our intentions and actions, which are in part manifested by the stories we publish.

Who do we publish? What types of stories do we publish? Do we publish stories that are harmful? How do we respond when we receive feedback about harmful content? Do we reach out to new and marginalized writers? Do we keep our word? How we honestly answer these questions is a good way to gauge the work we may still need to do.

Language and Literature Are Dynamic, and Editors Should Be as Well. An Editor Should Value and Embrace Diversity, Because Readers Do.

Just as we encourage writers to read often and broadly, editors should do the same. Sometimes we have to reach for the unknown until it becomes familiar, then do it all over again. We achieve this by learning about what other people are writing and reading.

Many writers will tell you that the stories they write are the stories they could not find on bookstore shelves. While no story idea is truly unique, story presentation and voice definitely can be.

An editor who isn’t willing to interrogate their own biases and look outside of their comfort zone for stories with varying voices and premises is lazy at best, or at worst, negligent.

A diverse staff is more likely to recognize and understand the nuances in language and experience that influence writing from diverse groups. However, make no mistake, being from a traditionally marginalized group doesn’t automatically mean that one is any more open to differing styles and narratives. Even the most diverse staff should be committed to challenging and educating themselves so that they remain open and less likely to do harm.

The effect of publishing diversely is that writers know you are a safe and welcoming editor. It signals that your editorial ethic is more than words deep.

Several years ago, when I looked back over the list of books I had read the previous twelve months, I realized that very few of them were written by women. I rectified that by challenging myself to read only books written by women for the next year. That was the year that I first read Ursula K. LeGuin, Octavia E. Butler, and Lois McMaster Bujold. That was the first time I truly realized how unique each writer’s voice is and how much one’s lived experience informs that voice.

This realization helped me grow as both a writer and an editor. As a writer it helped me to break through the fear-fueled barriers I’d built up around my own creativity. Could I write characters, the likes of which I rarely see in literature, who are like myself—Muslim, Black, middle-aged—and still have them be seen as sympathetic? I realized that if I could see certain atypical characters that way, surely readers would too. As an editor, I became more receptive to unconventional ideas and forms, and as such, I was able to encourage writers to fearlessly write the whole story as they had conceived, and not the one they think best mimics the mainstream.

Part of an editor’s job is championing not only diversity in my writers but also diversity in storytelling and subject matter. I try to be an unbiased and adventurous reader because the best stories are the ones I’ve never read before.

It is perfectly acceptable for writing to cause discomfort and create dialogue. Some of the best writing does. Good writing should make the reader feel something. However, there’s a difference between stories that make readers uncomfortable with challenging concepts, and stories that thoughtlessly replicate harmful ideas.

A few years ago I started reading a zombie series. The protagonist was a goofball husband, father, and former veteran. It was a fun read until the story fell apart.

The wife, and all the women for that matter, were described as annoying and foolish, or strong, which unfortunately translated into snarly. A fat, developmentally disabled teen was the butt of many jokes and was often positioned to sacrifice himself, because he was large. The sole Black character was a big man of few words who took on the role of protector of the family and mystical magical man. As if it couldn’t get worse, the MC described their time as a soldier in the Middle East and referred to Arabs as towel heads.

I only finished reading one book in the series, but I will never forget it, either. The story did not benefit from the seemingly diverse cast of characters. It suffered for it. In fact, the writer would have done the story more justice had they never made an attempt at diversity, if in fact that is what this was. This story leaned heavily into the worst of stereotypes, instead of portrayals of fully fleshed people with motivations and desires not directly linked to such an objectionable character. But it is possible to dislike a character and still love the story. An editor should be capable of distinguishing between characters who lean into stereotypes or have loathsome viewpoints versus stories that do, so they can guide writers and their stories away from causing unintentional harm.

Stories are older than written language. Through stories, we learn and guide, create and cement human connections and trust. Stories are more than mere entertainment, more than escapism. They speak to the human condition, express fear and desire, lament and celebrate the past, inspire, comfort, and they craft futures. Stories teach us what we value and, conversely, what we deem irrelevant.

Stories are powerful, and whether for good or ill, writers wield that power. Editors help direct and shape those stories. Editors decide which stories are published, which inevitably speaks to what we deem worthy and important. Declaring that we value diversity and growth in the industry isn’t enough if our publishing record remains unchanged and if we never take chances.

Taking chances means not always taking the path of least resistance by publishing only name brand stories with overdone narratives. It means to continually reexamine and interrogate what we are publishing and why. It means questioning our own biases and endeavoring to encourage growth. We need to not just be open to new and exciting narratives, but we should seek them out. Not doing these things harms not just marginalized writers, who are the inevitable casualty of name brand publishing, but it harms editors as well, and by extension, our readers.

We would do well to remember that editors have the power to shape trends and cultural discourse. We should use our power for good. 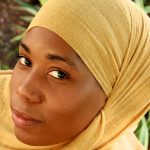 Khaalidah Muhammad-Ali is a writer, editor, and narrator. Her publications include Apex Magazine, Strange Horizons, FIYAH Magazine and others. Her fiction has been featured in The Best Science Fiction and Fantasy of the Year: Volume 12 edited by Jonathan Strahan and The Best Science Fiction of the Year: Volume Three edited by Neil Clarke. Khaalidah is a proud World Fantasy Award- and Ignyte-nominated editor. You can hear her narrations at any of the four Escape Artists podcasts, Far Fetched Fables, and Strange Horizons. Of her alter ego, K from the planet Vega, it is rumored that she owns a time machine and knows the secret to immortality. She can be found online at http://khaalidah.com.