The con artists, thieves, and space pirates of tomorrow fascinate us, all the more because these motley ne’er-do-wells so often end up saving the universe despite their incorrigibility! Pick up the SFWA Scoundrels in Space StoryBundle by February 24 and get to know twelve such spacefarers. They live on the fringes of a dozen wildly different worlds, until circumstances force each of them into hard choices and more adventure than they expected. Buy the StoryBundle here! 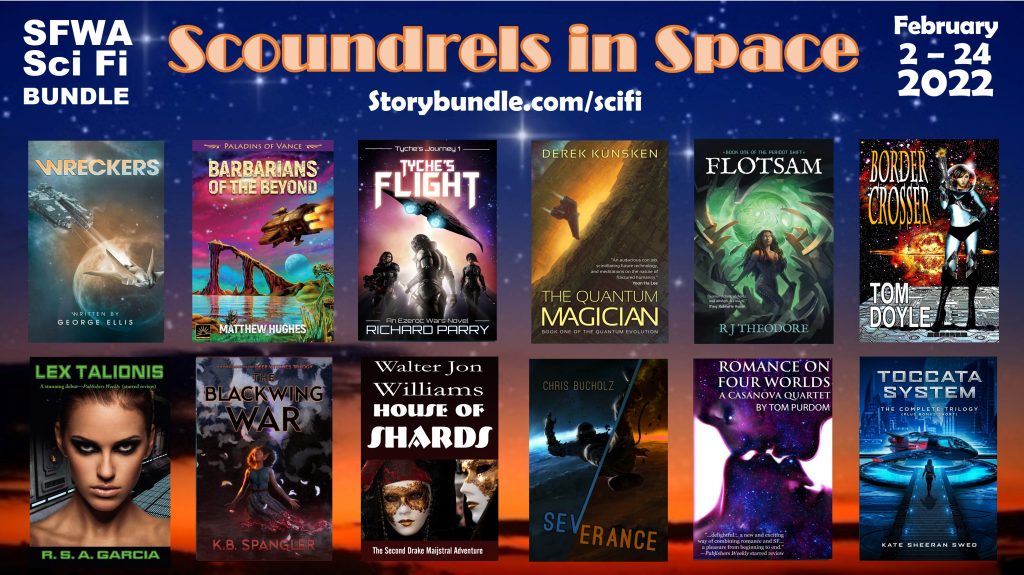 This year the SFWA Independent Authors Committee had the pleasure of sorting through a hundred (100!) excellent books as we narrowed our selection down to these 12 special stories.

Meet some of our favorite scoundrels:

For StoryBundle, you decide what price you want to pay. For $5 (or more, if you’re feeling generous), you’ll get this core bundle of 4 books in any ebook format—available WORLDWIDE!

This bundle is available only for a limited time via http://www.storybundle.com! It allows easy reading on computers, smartphones, and tablets as well as Kindle and other ereaders via file transfer, email, and other methods. You get multiple DRM-free formats (.epub, .mobi) for all books!

You can also choose to donate a portion of your purchase to SFWA, helping to support or mission to promote, advance, and support science fiction and fantasy writing in the United States and elsewhere.