Recently, I’ve seen a number of online discussions about stories without conflict, especially stories from outside the Western narrative tradition. I’m not the right person to discuss those specific approaches, but listening to the conversations has made me realize how narrow a definition of conflict my teachers presented to me.

If your education was like mine, you were probably taught that there are three basic types of conflict:

(Actually, if your education was like mine, it was all phrased as “Man vs.” I can only hope that schools have moved toward a less gendered formulation since then.)

This list is, of course, a little fuzzy. Some take Nature to mean one’s environment in general, social as well as natural, while others add a fourth conflict type, Character vs. Society, to cover that angle. Some also include Character vs. Technology, and there may be other possibilities as well. Many stories, especially at longer lengths, will contain multiple types of conflict; for example, we often want an inner arc for the protagonist, some kind of struggle against the baser aspects of the self.

But all those types have an adversarial relationship built right into the name: it’s X versus Y. Even the term conflict evokes at least two opposing sides. Yet, we can all probably name stories where there isn’t really any opposition—at least, not without stretching the definition of opposition to the breaking point.

Breaking . . . or sidestepping. Try this on for size: Narrative conflict is the instability or imbalance that imparts motion to the story.

A description of a garden is not, to me, a story. It may be beautifully written, and worth reading on those grounds—much poetry falls under this header—but it’s essentially a snapshot, a static image. However, what if there’s a person walking through that garden? Their motivation could be as simple as wanting to find out what lies along the path. That curiosity unbalances the stasis of the moment, seeking an answer: a tiny instability, but enough to put the character into motion, and thus turn an image into a story.

If you want to reach really hard, you could say this is a microscopic Character vs. Self or Character vs. Nature conflict, with the protagonist’s ignorance or the garden’s mystery as the opposing force. (Or, as my husband quipped, “The fourth classic conflict: Curiosity vs. the Cat.”) But what’s going on here is not struggle; it’s simply lack. The character’s desire to know more is the conflict not because it’s opposed, but because it’s unfulfilled. Many stories of discovery run on this engine. They may have more traditionally adversarial moments within them—a peril from the environment, a disagreement with a companion, a psychological flaw to overcome—  but the main drive is simply, What’s over there? Let’s find out!

The instability that provides the conflict can even be meta-textual. Especially at very short lengths, like flash fiction, the story can present what is essentially a static moment. But the difference is, the process of narrating that moment provokes the reader’s curiosity. To borrow a metaphor from a different medium, you’re following the pan of the camera over one detail after another, each one building the implicit narrative of what happened before now. Following that trail of breadcrumbs to the end is itself a kind of motion, created by the reader’s desire to know where it’s leading.

For me, this broader view of conflict brings into focus many types of narrative processes that might otherwise go unremarked. Healing, for example: whether physical or emotional, harm is an imbalance that can create forward motion. Jasmin Kirkbride’s Tor.com story “Sand” could be read as a conflict of Character vs. Society, as the sand that fills the people’s mouths represents the trauma and baggage that no individual fully escapes. But the mood of the story is not that of a character struggling against an unjust world and eventually triumphing over it; nor is it the adversarial conflict of the narrator against her fears and weaknesses, overcoming her flaws just in time for a victorious resolution. It has instead the feel of a wound slowly knitting shut. Stories like “Sand,” which take healing as their main engine, will generally feel “quieter” than those that lean on the traditional adversities—and because of how the field of fiction has developed, they will probably feel more literary. But it’s not uncommon now for our genres to borrow from each other.

Some may argue that if we’re going to define conflict this broadly, then it ought to go under a different name. My personal feeling is that when a word is this deeply embedded in our discussions of fiction, rooting it out is more trouble than it’s worth. We can, however, change how we talk about conflict, and how we teach it and critique it.

And we can change how we write it. Not by discarding the adversarial conflicts—they’re classics for a reason—but by recognizing that they aren’t the whole story. And sometimes you can have a perfectly good story without them. 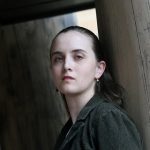 Marie Brennan is a former anthropologist and folklorist who shamelessly pillages her academic fields for inspiration. She recently misapplied her professors’ hard work to The Night Parade of 100 Demons and the short novel Driftwood, and together with Alyc Helms as M.A. Carrick, she is the author of the Rook and Rose epic fantasy trilogy, beginning with The Mask of Mirrors. A Natural History of Dragons, the first book of her Hugo Award-nominated Victorian adventure series The Memoirs of Lady Trent, was a finalist for the World Fantasy Award. Her other works include the Doppelganger duology, the urban fantasy Wilders series, the Onyx Court historical fantasies, the Varekai novellas, and over seventy short stories, as well as the New Worlds series of worldbuilding guides. For more information, visit swantower.com, her Twitter @swan_tower, or her Patreon at www.patreon.com/swan_tower.