In recent years, audio drama has made a comeback in the form of narrative podcasts, which have gone from relative niche to mainstream markets. Audio drama series have been adapted into successful books, seen financial success on crowdfunding sites like Patreon, and launched Netflix adaptations. Likewise, the pandemic-era growth in remote recording has given more people the confidence and resources to record a podcast out of their bedrooms. These factors might encourage more writers to dip their toes into writing for the airwaves. If you decide to give audio drama a try, here are a few tips and tricks to keep in mind.

Jump into the form

Honestly, this is the most important point. The more audio drama you listen to, both within and beyond your intended genre, the easier it will be for you to pick out what works for you and what doesn’t. Read some episode scripts, too. Not all audio dramas have scripts publicly available, but for those that do, reading while you listen (and just reading scripts in general) can help you see what changed from script to post-production and all the ways the text might be interpreted. Archive 81, Malevolent, and Wolf 359 have scripts available free of charge on their websites.

Don’t focus too much on visual plot points

Certain jokes, gags, and character designs might not work when limited to an audio medium. If the listener has to know what something looks like for the story to work, you might be left with awkward exposition that grinds the narrative to a halt as you describe what the audience should be visualizing.

Take advantage of the audience’s imagination

It’s no surprise that the horror genre absolutely flourishes in audio drama form. Visual media projects without big studio money might find it hard to create a convincingly apocalyptic hellscape or robotic invasion from a different dimension, but with audio dramas, if you have good acting and a few well-placed sound effects, listeners’ minds will fill in the gap. I guarantee you that whatever your audience is thinking of will be just as, if not more, impressive as what you’d originally planned.

Speech quality above all else

When casting your audio drama, pick someone with a clear voice and good diction. They might be the best actor in the world, but if you can’t understand them, then they’re a poor fit for audio drama. If recording remotely, a good microphone and home studio space are also a must. To find actors, websites like Casting Call Club let producers search by talent and listen to samples or demo reels uploaded by actors.

Obviously there are exceptions—some audio dramas do an amazing job balancing a large cast. But large casts in visual media have plenty of signifiers to tell characters apart. Characters are played by different actors who have different builds, clothing styles, and body language. With audio drama, you essentially have one trait that helps keep all your characters straight: their voice. You can do a few tricks to help keep the characters distinct, such as having an accent or an effects filter added in post-production. But the more characters you add, the greater the odds of casting two actors who sound enough alike to confuse the audience.

Remember: this is a different medium

Just as what works for audio drama might not work in books and film, books and film don’t always adapt easily to audio dramas. If you want to do a full-cast audio drama, you can’t just copy the text of a book or short story and assume it will work perfectly fine. Producing an audio drama requires editing, sound effects, music, a cast, and a script formatted for audio. Want to make something phenomenal? Tailor your script to the medium. And if you want to adapt an existing text? Read the dialog aloud and revise accordingly.

Also, be aware of the copyright status for adaptations. If a work is in the public domain (meaning the creator has been dead for 70 years, or in the case of work for hire, 95 years have elapsed since it was published), then it’s generally fair game. When adapting any work under copyright, you must obtain a license from the copyright holder, especially if you plan to profit off the work. Here’s a link explaining the United States copyright laws in more detail.

Obviously, there is much more to audio dramas. But if you’re new to the format? These tips might help you get started in the wide world of narrative podcasts. 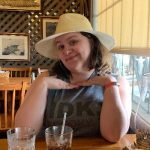 Katie Gill is a librarian by day, essayist and culture critic by night. Her work can be found in The Deadlands, Manor Vellum, and Anime Feminist. She also enjoys audio drama and, when she was younger, wrote and adapted over fifty scripts for her college’s radio theater troupe.