Whether it’s the one-two punch of a duology or the sprawling epic of multiple loosely connected trilogies, there is no doubt that science fiction and fantasy readers love series. For an author, series can be amazing. Good sales on the first book can lead to good sales on the second, third, or twentieth.

One of the greatest strengths indie authors have over traditionally published authors is the ability to make their own decisions. Nowhere is this truer or more powerful than when an author considers writing a series.

A traditionally published series lives and dies at the whim of the publisher, but, according to Megan Ciana Doidge, author of many series including Dowser and Archivist, many series don’t catch the eye of an audience until the third book. A traditional publisher might decide to kill a potential series after seeing poor sales on Book 1, or, if the second book doesn’t resonate as well as the first, the third may never happen leaving readers upset with the unfortunate author. An indie author can decide ahead of time to finish the first three books, giving the series a chance to fully blossom.

Alternatively, a traditional contract might require a third book, even if the second fails to sell. An author can be contractually obligated to write a book that few will ever read.

Congratulations. As an indie author, you are the publisher. You might decide whether to continue writing after watching the sales of each book after release, or you may plan the final length of your series ahead of time. Author Blaze Ward says he knows where the ever-escalating stakes of a space opera series like The Jessica Keller Chronicles will end before writing the first word, but his mission-of-the-week Handsome Rob series is built story by story as the series progresses. Each subsequent book extends the series but does not move toward a known endpoint, meaning that the decision to continue can be made after each installment. For your series, all those hard decisions will be yours. You get to weigh your artistic vision, your potential profits, and your inspiration to decide whether to continue your series. If that first book doesn’t sell, you can still decide to publish the second.

Or not. It’s your choice.

But that isn’t the end of an indie author’s freedom.

Fixing a Series After Publication

You’ve crunched the numbers. Readers who get through the second book in your series tend to read every book after that. You expect a dropoff from the first to the second, but the numbers are terrible, and you know why:

You’ve grown as a writer, and now that book’s flaws are painfully obvious. The later books in your series are fantastic. Reviews are great. People who get that far are turning into your best fans. The problem is that most of them just aren’t getting that far.

A traditionally published author would likely be stuck. They could either work on a new series or, if their publisher allowed it, continue to crank out books hoping to overcome the weak start with rave reviews for later entries.

An indie author has the power to fix a bad Book 1. You can go in and tweak a few things, send it through another round of edits, or even in extreme circumstances, give it a complete rewrite. You can make the imperfect first book a prequel or even remove it entirely, promoting Book 2 to the first spot.

Sometimes a series isn’t worth fixing. Either the numbers don’t work out for a potential investment of your time and resources, or your passion for the project has left, and any more work you do on it can’t do it justice. Ward’s philosophy is to just write the next one better. The point here is that the choice is yours.

There is incredible potential once your thinking becomes unhinged from the machine of traditional publishing. As author and publisher, it is fully within your rights to experiment with how stories are told.

For instance, since the first book of a series is the most important, why not write three of them? If, like many authors, you have spent significant time on worldbuilding, it might make sense to write each book from the perspective of a different character in the same world. Once all three books are out, see which set of characters resonates with readers. That book can become Book 1. The others become books that can be given away as incentives to newsletter subscribers or Patreon backers.

They could even be used to start a new series once the first finds success, because a spinoff encourages readers to jump to the new series.

Alternatively, your experiment might explore the effectiveness of different lengths. Novellas allow for a quick read and the rapid release of episodes in your series, but will your readers pay for the shorter format? You might experiment with the interplay of styles and subgenres. Every author’s readership is different, and before you know yours, you might need to run some tests. The important questions to answer are:

That last question is the most important because when your series finally resonates with an audience, you’ll be writing it a lot. Will it stay interesting to you after ten books? Fifteen? Fifty?

There are endless ways for indie authors to innovate how they write series. Don’t let the structures established by traditional publishing prevent you from creating the best experience for your readers. If that means going back and tweaking your old work or planning a sprawling, complex series of semi-connected duologies, that’s fine. The power is yours. 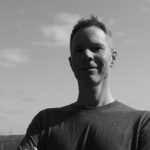 Anthony W. Eichenlaub is the indie author of the Old Code series of technothrillers, a novella series about irresponsible scientists on a colony planet, and a series of cyberpunk westerns. His short stories have appeared in numerous publications, including Daily Science Fiction, Little Blue Marble, and several anthologies. In his spare time, he enjoys woodworking, landscaping, and long walks with his lazy dog.