You have been told, like so many writers before you, that you must have a social media presence. That nowadays, agents and publishing houses look to see how many Twitter followers you have before opening your manuscript. That it’s all about connection with readers, and the only way to manage that is a fashion show of your protagonist’s ball gown on BookTok with little animated birds helping you put on your stockings.

This is, in fact, not true.

A social media presence can be helpful for book promotion, certainly. But a forced, unhappy one, a presence that is mandated and labored on rather than performed for pleasure, will not be helpful. If you absolutely hate social media, then you will want to find other ways of self-marketing, which do exist. But human beings are social creatures, and most people find social media more alluring than they want to admit.

Accordingly, what you need to do is think about what you want your social media presence to be. Is there a platform, like Facebook, Instagram, or Twitter, that you particularly enjoy? And are there aspects of your life, like a hobby or passion, particularly suited to social media?

Poke around on a number of platforms and find one that appeals to you, one where you enjoy seeing what other people are doing. Particularly look for ones where you find yourself interacting with other users, liking or favoriting comments or responding to comments.

You’ll want a platform that is easy to respond and post on. Is there a way you can use it on your phone, so you can do it on the fly at conventions or readings?

Think about what your presence will include. How would you like to be perceived in this space? What will be regular features, such as books you’re currently reading, the performance of a local sports team, the recipes you’re trying to master?

Which aspects of your life are fair game for posting – and which aren’t? Do consider your privacy as well as that of your household. I suggest avoiding posting pictures of your children or even naming them online; it’s a big, weird Internet, plus there may come a day when the adult version of them may want those pictures down, particularly if they’re embarrassing, and it’s much harder to pull something off the Internet than to put it on there.

Think about your social media goals as well. For writers, social media is about raising awareness of their work and letting readers know where they can find it. You don’t want to be “Buy my book, suckers!” with every post, but you do want to do more than post pictures of the silly faces your cat makes when eating. A good rule of thumb is that only one post out of every 5 or 6 should be driven by shilling things, which doesn’t have to be books. Post links to interviews you’ve done, essays you’ve written, new blog posts, and if you’re doing more than one social media platform, include links to yourself in other places,

Most importantly, think about your workflow. Social media can eat up time like any other addictive activity. How are you going to keep Twitter from consuming all your writing time?

I schedule weekly stints for working on my social media skeleton. I use Buffer, a scheduling tool, to set up Tweets and Facebook posts beforehand, and those include my 1 in every 5 or so “shilling” posts.

Over the course of that week, I supplement that skeleton, and flesh it out a bit by also tweeting and posting on the fly, often from my phone. But anything done spontaneously is pretty much for enjoyment: pictures from my daily walk, signal boosting interesting stuff I run across, and commentary on books, games, and other media I’ve been consuming. Often I use evenings to work on this, picking away at lining up posts while watching television or other things that leave room for working on the laptop.

Make the most of the time you spend. I use a paid account on Buffer (buffer.com) because it allows me to post to multiple platforms at once, so I can queue up a Tweet on Twitter as well as several posts to Facebook pages. Buffer has a handy feature that lets me shuffle the first two hundred posts in a queue, so I can queue up a bunch of stuff, working off a file of posts I’ve written out beforehand, and then scramble it up a bit so the pattern’s not quite so regular. This is a place where multitasking can be effective, as long as you don’t let it spoil your enjoyment.

Part of that is making the most of the platform. Fill out your profile completely and make sure it leads to other places that your fans can find you. Spend some time on it that’s not about you, but in which you engage with other people, boosting their signal a little. Tailor your posts to it. For example, Instagram heavily relies on hashtags, so anything I post there is full to the brim with as many hashtags as I can, since Instagram allows up to thirty.

Your phone is your best friend in this endeavor. Not only does it let you read social media, but it’s got a camera that lets you capture pictures and video as you need to. Use it. Go ahead and take a picture of that swanky cocktail you’re about to drink, that bit of graffiti you just spotted, the cover of the book you’re currently reading.

Your photogenic pet is your second best friend in this endeavor, but this is not mandatory. The most important part is to actually be social. React to what other people are saying, help signal boost, discuss the topic at hand. Social media can be a source of eventual significant connections that start by simply friending someone. Interactivity is key, and it’s also part of social media’s charm. 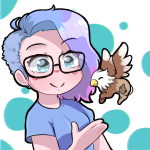 Cat Rambo’s 250+ fiction publications include stories in Asimov’s, Clarkesworld Magazine, and The Magazine of Fantasy and Science Fiction. In 2020 they won the Nebula Award for fantasy novelette Carpe Glitter. They are a former two-term President of the Science Fiction and Fantasy Writers of America (SFWA). Their most recent works are space opera You Sexy Thing (Tor Macmillan) and an anthology, The Reinvented Heart (Arc Manor, March, 2022),  co-edited with Jennifer Brozek.