Almost by definition, writers love to write. We also tend to fall in love with our words. What we put on the page paints the exact picture of the idea we have in our minds, and all of our readers will see the same.  It could not be done any better. This makes the whole concept of editing fraught with tension. As Shirley Jackson once wrote in a letter to her editor accompanying a submission, “Leave out one line and you die.”(1)

The truth is, virtually all writers need editors. We think of characters and plots. We do not all obsess over serial commas. However, if the story starts too slowly, or the pace drags in chapter four, or chapter three is an info dump of background information, we risk readers putting our book in the “did not finish” pile. Even if we are skilled in grammar and syntax, we need an editor. Expertise in one area does not mean expertise in all.  I may never miss a serial comma, but did I notice that info dump? A tersely worded scene showing an argument and brutal duel might be perfect, but if that voice and tone are also in the next chapter, where deep feelings are revealed, they may not work. After reading a chapter twenty times, we see what we expect and miss problems that are there. Remember the adage: a physician who treats themself has a fool for a patient!

The editor, by contrast, will look at a work in terms of how it flows as well as the details of its grammar, and they can be more objective. The companies that publish the work of traditionally published authors have editors on their payrolls for just this reason, and it is common to see editors acknowledged in the back matter of novels. This is how writing is made the best it can be.

There is also a more prosaic reason for an independent author to work with an editor. Most organizations that do editorial reviews, and even many book bloggers today, will not accept work that has not been professionally edited. So, yes, you do need an editor.

What can you expect from an editor? An editor is not going to take a poor story and rewrite it into a good one.  That’s not an editor’s job. There are, however, several types of editing. The demarcations among them are not sharp, they can shade into one another, and many editors will provide combinations of services. That said, I would divide editing into developmental (or content) editing, line editing, and copyediting.

In a developmental edit, the editor will assess the structure of the story and identify issues with the plot, characters, and specific scenes. Think of it as a strategic-level assessment of your work. This is where you receive the dreaded comment, “This chapter doesn’t really work.  Maybe you should cut it.”  Getting this kind of criticism is hard, and trust me, I’ve been there. However, if it’s not working for the editor, it probably won’t work for readers. Far better to get the news upfront, sit down and rewrite it, than to turn off your readers.

A line edit is targeted at the paragraph and sentence level of the story. Your editor will go over the style of your writing, providing comments on your pacing, syntax, and tone. They can also note unintentional rhyming and the overuse of certain words. An example of the latter would be describing a character as brusque three times within a couple of chapters.

The copyedit is the nitty-gritty review of grammar, punctuation, and spelling. Think hard about this, especially if you and commas are not BFFs. This is also where continuity issues are picked up. If the protagonist’s sister has blonde hair in chapter two and black hair in a sentence of Chapter Fifteen, it will be flagged. Some editors will also offer to proofread. I have not included it as a form of editing as it is primarily a last check for errors, typos, and misspellings. Spell check does not catch everything: for example, a “the” that should be a “then.”

Where do you find an editor? An editor is not a beta reader. They will not be a member of your writing group and will not be your partner, parent, or roommate unless one of those individuals actually works as an editor. Writers you know may refer you to editors they have used and whose services they have, presumably, liked. The Alliance of Independent Authors provides a listing of resources, including editing, on its website, along with a level of vetting. A good source is also the Editorial Freelancers Association.  Its website provides access to a large directory of editors, most of whom post their resumes.  Depending on the language in which you write and the audience for whom you are writing, their expertise and the tools each editor uses may vary.

For work written in American English, look for expertise with the Chicago Manual of Style, as that is the de facto standard. Editing does cost. The Editorial Freelancers Association publishes suggested rates on its website; however, individual editors are free to set their own rates. I would suggest that you have a contract with the editor and that you have this reviewed by an attorney familiar with publishing and copyright issues.

Do you have to accept every suggestion? No. Especially when depicting aspects of science or culture, you may have expertise an editor lacks. This is your work, you are in charge, and you can push back. Our goal is always to give the reader the best experience we can. It’s time to revise! 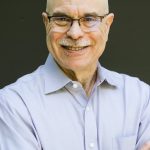 Colin Alexander is a writer of science fiction and fantasy. Actually, Colin Alexander is the pseudonym for Alton Kremer; maybe his alter ego or who he would have been if he hadn’t been a physician, biochemist, and had a career as a medical researcher. His most recent book, Murder Under Another Sun, is his eighth and the second of the Leif the Lucky novels. Colin is an active member of the Science Fiction and Fantasy Writers Association, Mystery Writers of America, and the Maine Writers & Publishers Alliance.  Away from writing fiction, his idea of relaxation is martial arts (taekwondo and minna jiu jitsu). He lives in Maine with his wife.