For a world to feel lived in, characters should receive the same attention as the lore, with characterization and worldbuilding intertwining, each influencing the other. This is as true for main characters as it is for supporting casts. When we think of classics like Discworld or One Piece, often our memories of the supporting characters are as strong as that of the protagonists. If a writer understands how to create interesting supporting characters, they can achieve a similar effect in their own work.

It’s not enough for supporting characters to have a presence and serve a narrative function because their existence shouldn’t revolve around the events of the story. Writers who understand this make it seem as if we’re only getting a small window into their lives when we run into them. Having them exist only to serve a narrative purpose and then leave as soon as it’s been fulfilled makes them come off more as plot points than real people leading lives of their own.

Tip #2 – Not Everything a Character Is, Has, Does, or Says Needs to Relate Directly to the Plot

Tying every single element or trait firmly into the plot makes characters and, to a larger extent, stories feel constructed as opposed to a series of events unfolding naturally. Life just doesn’t fit neatly into a three-act structure where everything that’s introduced factors in later somehow. The odd, minute details are often as memorable as the larger character strokes, even when they don’t serve a specific purpose in the plot. When we’re introduced to Khan in Star Trek II: The Wrath of Khan, he takes off his left glove but keeps his right one on. No explanation is given, and it never comes back in any way. Fans have obsessed over this detail since the film was released, and it’s one of the most memorable elements of the character.

One mistake writers make is revealing every character detail they have in mind when introducing a character. Giving too much away too soon could make character beats rushed and predictable. Choosing what character details to withhold from the audience, when to present those details, and who should reveal the information is as important as choosing the details in the first place.

Tip #4 – Some Things Shouldn’t Be Shared at All

Creating mysteries surrounding characters that are never solved can often be more compelling than any answers you can come up with. For example, from when he’s introduced in Firefly until his arc is concluded in the feature film, we never learn what Shepherd Book’s life was like before he became a wandering preacher. The aura of mystery hanging over his dark and troubled past is far more haunting than a clear explanation of his past would have been.

One old trick that Star Wars popularized was to have supporting characters reference events from the past, or ones that were happening somewhere else in the universe. This technique expands the world and gives audiences the impression that more is going on beyond the immediate events of the story.

Similarly, having other ongoing events in your world influence characters and vice versa helps make the world more palpable. Showing the gradual effects of those events on characters each time they appear also gives the impression of the passage of time.

Everyone changes, and often the most memorable supporting characters are the ones that change in interesting ways. What the protagonists do shouldn’t just affect other main characters. In real life, our actions affect everyone around us, no matter how close they are. Of course, supporting characters don’t only evolve in response to a protagonist’s actions. Having the settings, events, or anything else that comes to mind influence them is just as compelling.

Tip #8 – Characters Need to Have Established Relationships with One Another

Unless it’s a particular point the writer wants to get across, characters shouldn’t just interact with everyone around them in the same way. In real life, we behave differently with those we know than we do with complete strangers, and even among friends, family, acquaintances, coworkers, and classmates, we act differently depending on the context and nature of the relationship. This should be the case with fiction too, where supporting characters should have unique, individual relationships with any of the main characters they interact with, as well as with other members of the supporting cast.

A unique appearance can set supporting characters apart from the rest of the cast. People don’t look or dress alike, even when they come from the same culture. Even the way we wear the same clothes differs wildly in real life, as it should in fiction. Little touches can be added even to uniforms to get across information on characters, and this should even apply to “generic” goons.

Tip #10 – Don’t Be Afraid to Give Them Likable and Unlikable Qualities.

Characters’ personalities and characteristics shouldn’t just be a reflection of whether the story considers them “good” or “bad.” Having a minor ally commit a heinous act or having a minor antagonist do the opposite would make them more complex than standard good/bad inserts.

It may make sense to bring back a popular one-off character, but they don’t necessarily need to return to the same role as when we first met them. Expanding their repertoire will add layers, deepening our understanding of who they are or the part they play in the story. However, being able to bring back a character doesn’t mean that you should. If they’ve already made a significant enough impression, then it could cheapen the impact of it to have them return with diminishing effect. 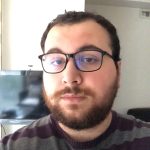 J.D. Harlock is a Syrian Lebanese Palestinian writer and editor based in Beirut. In addition to his posts at Wasifiri as an editor-at-large, and at Solarpunk Magazine, as a poetry editor, his writing has been featured in Strange Horizons, Star*Line, and the SFWA Blog. You can always find him on Twitter and Instagram, posting updates on his latest projects.