At our sister site, NebulaAwards.com, Nnedi Okorafor, talks about science-fiction in Africa.  It’s an interesting and thought-provoking read. 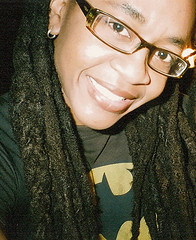 Over the last few weeks, I’ve had some interesting conversations with award-winning Nollywood director Tchidi Chikere about science fiction (Nollywood is Nigeria’s oh-so-popular film industry. The term “Nollywood” is a play on “Hollywood”, much the same way as India’s “Bollywood”).

Chikere has written, produced, and directed over 50 films. He also published a collection of rather chilling short stories titled Strangers in Paradise. The collection includes a novella called “Daughter of the Cave,” which is essentially a fantasy piece. Chikere sought me out after my novel, Zahrah the Windseeker, piqued his interest. Needless to say, I was delighted and honored to hear from him.

During one of our conversations, we discussed my own work and whether it could be translated to film, particularly African film. “Is Africa ready for science fiction?” he asked me. We debated this for a while. Naturally, I believed Africa was ready…ready enough, at least. Notwithstanding my own contentions, Chikere had other ideas.

“I don’t think we’re ready in the primary sense of the word,” Chikere said. “We can hide it in other categories like magic realism, allegory, etc, but we’re not ready for pure science fiction.”

Read the rest of this article at NebulaAwards.com

A 13th-century woman joins the army and discovers they plan to abandon her home region to invaders. Should she be loyal the military she admires? Or should she side with her sisters, who plan to defend their homeland with magic?