Until fairly recently, it was impractical for most self-published authors to produce audiobooks. Now, however, almost anyone can easily produce a high-quality one. This is good news, because audio constitutes a significant—and profitable—portion of the publishing market. According to IBISWorld, the audio market grew 8.1% between 2017 and 2022, and is now a $1.2 billion business in the United States alone.

Audio’s popularity isn’t surprising; it allows us to multitask, and a good narrator can truly bring characters to life. Some people even read a book in print or as an e-book first, then listen to the audio—or switch back and forth using Whispersync. Audio is also accessible to blind and low-vision people, and bypasses reading challenges or reader fatigue.

ACX, the publishing side of Audible, is one of the most widely used platforms for self-publishing audiobooks. A couple of years ago, Wendy Nikel wrote a great essay on the basics of publishing with ACX. Here, I provide additional details and more recent information.

What Are the Costs?

One option is to produce a book on a royalty-share agreement, which means you split the royalties 50/50 with the narrator. The biggest advantage is that there are no up-front costs. But there are downsides. Many established narrators will work only per finished hour (PFH), which means you pay them a set amount based on the length of the book. Your long-term profits may also improve if you work on a PFH basis, and the book sells well.

Rates for PFH vary; I’ve paid anywhere between $100 and $325 PFH, depending on the narrator and the project. Narrators who belong to SAG-AFTRA, the labor union for actors and other media professionals, may have to charge at least $222 PFH. Audiobooks average 9,300 words per hour, so a 100,000-word book at the SAG-AFTRA minimum rate would cost roughly $2400 to produce. Keep in mind that there may be additional costs for cover-design adjustments.

It’s difficult to determine how much in royalties an audiobook sale will earn, because it depends on how the reader bought it, and ACX’s accounting methods aren’t easy to decipher. Also, unlike with e-books, you will not set the price; ACX has its own formula, based primarily on length.

When you set up your book for auditions, watch out for a new trend: artificial intelligence (AI) generated responses. So far, these are easy to spot because robots don’t read as well as people. Be aware, though, that ACX prohibits AI narration and will reject such a book, if submitted. It would be nice if ACX screened out the AI auditions, but it doesn’t.

Once your narrator submits the book files, I strongly urge you to listen carefully to all of them. Even the best narrator occasionally slips up, and you shouldn’t feel bad about asking for corrections. My narrators have told me that fixes are easy to do.

Generally, I don’t obsess with checking that every single word in the audio is identical to the print version. As long as the overall meaning isn’t affected, a tiny difference here and there likely isn’t worth worrying about.

However, before recording, I recommend giving your narrator a pronunciation guide for any words or names that aren’t obvious. This is especially important for those of us writing speculative fiction. Please give your narrator a break and let them know how to say “I’m Captain Xynxkifg from Planet Aeiur’a’a’tt.” And if one of your characters has a particular accent or vocal tone that isn’t immediately obvious, let your narrator know. They won’t be pleased to learn 200 pages into a manuscript that your protagonist has a husky Texas twang.

Last year, ACX had significant delays in their technical approval process. They’ve vastly improved in that respect, but other things may still take time. For one of my recent books, Farview, the search algorithm was automatically “correcting” searches to Fairview, which made the book difficult for readers to find. It took almost a month to get that fixed. It seems to help if you patiently and repeatedly contact customer service. In some cases, SFWA may also be able to intervene on your behalf.

ACX will give you promo codes, which you can use to provide free copies of the audiobook to reviewers and others. They won’t be available until after the book releases, so there’s no way to get prerelease reviews. They’re also limited in number (25 each in the US and UK), although you can get additional codes once your sales meet a certain target.

Many of the narrators I’ve worked with have been willing to help with marketing, even when the book was done on a PFH basis. So don’t be afraid to ask. Mine have promoted the books on their social media, done interviews for my blog, and even done live readings and live Q&As on Facebook.

In general, audiobook production is easy, and can be quite profitable, despite the initial investment. I love listening to my own books, have had the chance to meet narrators who are wonderful people, and am so happy to get my work in more hands.

Editor’s Note: Be sure to also read up on recent tax guidance for how ACX reports royalty sharing between authors and narrators. 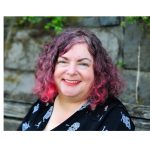 Winner of the 2021 BookLife Prize for Fiction, Kim Fielding is the bestselling author of over sixty novels and novellas. Like Kim herself, her work is eclectic, spanning genres such as science fiction, fantasy, paranormal, and horror. Having migrated back and forth across the western two-thirds of the United States, Kim calls California home. She lives there with her family, her cat, and her day job as a university professor, but escapes as often as possible via car, train, plane, or boat. This may explain why her characters often seem to be in transit as well. She dreams of traveling and writing fulltime.