In our previous post, we examined how battling robots and aliens utilize armaments. Today, we’ll detail human arsenals further to illustrate the options for how imaginary warriors could fight. And since sci-fi armaments like lightsabers are heavily influenced by our earthly swords, we’ll expand our discussion to include fantasy fiction.

Single weapons are wielded in one hand. From short- to mid-range, they run the spectrum from wooden batons to swords.

Single weapon users multi-task! Their other hands can bear shields, cast spells, or even wield different weapon types to combine skills! The Roman retiarius, for example, ensnares with his net and spears with his trident. Darth Vader swings his lightsaber, while waving his empty black-gloved hand to force-block or hurl boulders.

Warriors of this school use two of the same weapon for TWICE the attacking power—like double hammers or double broadswords!

This versatility comes with a cost, though—they have two deadly objects to track. If a wielder holds her second weapon to her rear, an opposing shove could make her impale herself.

Further, when one blade attacks, the other must move away in concert. Thus, dual-sword wielders twirl both blades around themselves—a timing technique to continuously slash, re-slash, and defend. Curved single-edges on Chinese broadswords or scimitars favor this movement; double-edged straight swords must be handled away from the body to avoid slicing oneself.

But your speculative warriors might have more than two limbs! How many arms does your eldritch terror have, and do those arms twirl to time strikes?

Two-handed swords use one massive blade for an all-offensive strategy. In Stranger Things Season 4, Hopper wields Conan the Barbarian’s iconic two-handed Atlantean to decapitate a Demogorgon.

Polearms are usually protective weapons, which is why guards bear them often. Halberds keep enemies at bay but are weaker at close-quarters combat. Consider how a spear can nullify short-ranged double daggers, but should that double-dagger user get past the sharpened tip, the spear’s length loses effectiveness.

However, two-handed weapons are effective. Fantasy armies utilize pikemen as anti-cavalry units. In Stargate, the Jaffa launch powerful blasts with staff weapons, while Klingon bat’leth are terrifying when swung in long-reaching arcs.

The kusarigama combines the single–bladed kama with the jointed versatility of a chain. The three-jointed staff, another combination weapon, utilizes the range of jointed weapons, but can be used as double sticks for close combat.

Canes and hooked umbrellas are amazingly versatile. They combine the middle range of a sword with a polearm’s thrusting capability. The length can be used to two-handedly drag an opponent’s neck by the hook, which can also be thrust into someone’s face. And, well… sword canes!

The horse bench can be swung singly or two-handedly; its legs can trap an opponent’s weapon, and with a well-timed twist, can yank away or even break that weapon. Modern day walkers or skateboards work similarly!

Captain Kaname Tousen of Bleach is blind but uses his zanpaktou’s sonic abilities to disrupt his opponents’ senses. Blind protagonists who know their homes well can use familiar terrain to their advantage.

Speaking of Bleach’s magical zanpaktou—perhaps your weapon grants a powerful ability? Is it renowned? The Chinese novel Heaven Sword and Dragon Saber treats its eponymous blades like nuclear weapons that various sects fight for control over. What of Excalibur or the Kusanagi no Tsurugui? What do these legendary weapons symbolize, and how do your speculative societies react in their presence?

What about thrown weapons, like shuriken or chakrams? Or bows/crossbows?

What about socioeconomic status or rank/access? In Chinese cinema, gangsters use hatchets, while in period dramas, mounted fighters (who can afford horses!) carry sabers. In Wheel of Time, heron-marked blades indicate blademasters. Jedi are instantly recognizable by their ignited lightsabers. Excalibur can only be wielded by a “chosen one,” yet anyone—force-user or not—can ignite a lightsaber.

How about practical matters, like storage? Jedi can hide their sabers, and Link of Legend of Zelda practices amazing space management when switching boomerang, hookshot, shield, and so forth with such ease. But tiger hook swords can’t fit easily into scabbards. How do those Ten Rings minions manage in Shang Chi’s world?

This humble blog post cannot encompass the vastness of weaponry, but the subject is rife with possibility for speculative worlds. 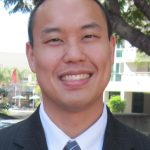 Andrew K Hoe is a speculative fiction author and associate editor at Podcastle. His short fiction appears in Cast of Wonders, Diabolical Plots, Highlights for Children, and other venues. He trained in Choy Li Fut Kung Fu, which has an arsenal of over 50 weapons, though he only learned a small amount of them.