Science Fiction and television writer, Christopher R. Bunch, passed away on Monday, July 4, 2005 following extended illness. The author and co-author of over 30 novels, Chris was a veteran of Vietnam where he served as a patrol commander and later as a correspondent for Stars & Stripes. His writing jobs following the war included […]

Long time Cincinnati area fan, Bill Bowers, passed away early on April 18, 2005. Four times nominated for the Best Fanzine Hugo, his well known fanzines included Double:Bill (with Bill Mallardi) and Outworlds. He was a Guest of Honor at several science fiction conventions, including Fan Guest of Honor at the 1978 World Science Fiction […]

Locus Online reports that fan, fantasy novelist and Bond biographer John Raymond Brosnan was found dead in his South Harrow (UK) home several days ago. Brosnan was born in Australia, but lived in and near London for many years. His writing appeared under the names John Brosnan, James Blackstone (with John Baxter), John Raymond, Simon […]

Article by John Gregory Betancourt on the correct manuscript format for sf/f fiction.

A few questions answered and a few myths debunked regarding Copyright.

Common Mistakes and How to Avoid Them

There are several common mistakes, here’s how to avoid them.

It doesn’t matter if you write fiction or nonfiction. You have to know the basics.

How Do I Learn to Write?

A bibliography for writers. 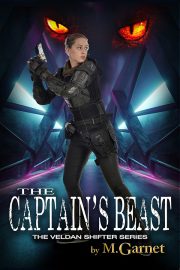 It took Captain Jerilind Alger with a loyal crew and a handsome and rare shape-shifter to understand that their first assignment on an untried newly designed spaceship was meant to fail. Someone misunderstood Jeri and her people with their hopes.

Aigner Loren Wilson has published in Arsenika, Terraform, Rue Morgue, and more. She is an associate editor and copy editor for Strange Horizons and Nightlight Podcast. In 2019, she was listed on the honors list for the Otherwise Fellowship Award.